Welcome back to our last special Halloween holiday post. Over the summer, after watching a viral video of a cotton candy spinner, I developed a small obsession with the art of cotton candy making. I researched brands, makers, machines and various other sugary sweet offerings related to this fun delectable. When I learned about the LED light-up cones used for cotton candy over in Disney California Adventure, I had an idea for how to put a new spin on cotton candy.

My idea was to reformulate the sugar floss so that the coloring within the sugar crystals is black light-responsive as well as safe to eat. In place of the multi-color LED lights within the cones would be mini black light LEDs. I could only think of one place where this product should live: The Haunted Mansion Glow-in-the-Dark Cotton Candy Cart.

The cotton candy would be branded as Cobweb Candy, and through the technique of double spinning—which is used to create multi-colored cotton candy on one cone—the treat would take on a ghostly appearance. 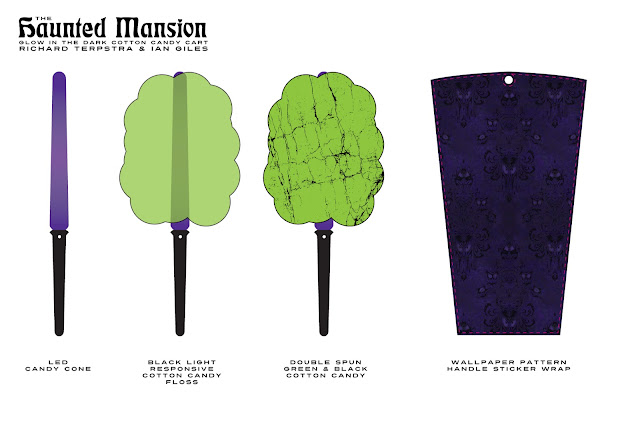 For the past six years I have had a Disney partner in crime. While he lives in Canada and I live in Indiana, our passion for all things Disney has kept us conspiring toward magical madness. I decided to run the concept by him to see if he'd like to help out with the idea. He loved it and we both agreed to work together in bringing this dream one step closer to a reality. 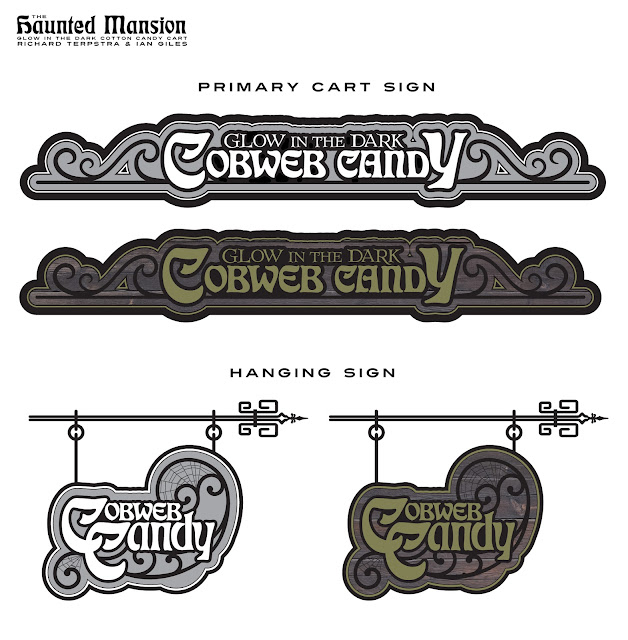 We came up with the story that the cart belongs to a Mason who deals in the dead. The cart’s design has bricks, shovels, bags of mortar, trowels and other various tools a graveyard Mason would need. We incorporated the wrought iron detailing from the Mansion into the top of the cart to help tie in the Mansion’s theme. The signage plays upon various fonts used over time for the Mansion’s branding. We imagine the cast members working the cart would be dressed similarly to the caretaker within the Mansion. The cart would have an area for the cotton candy spinner machine, finished product behind glass and compartments for the ingredients and the cash register. The spinner machine itself would also have a center black light so the candy would glow while the cast member spins his webs of wonder. 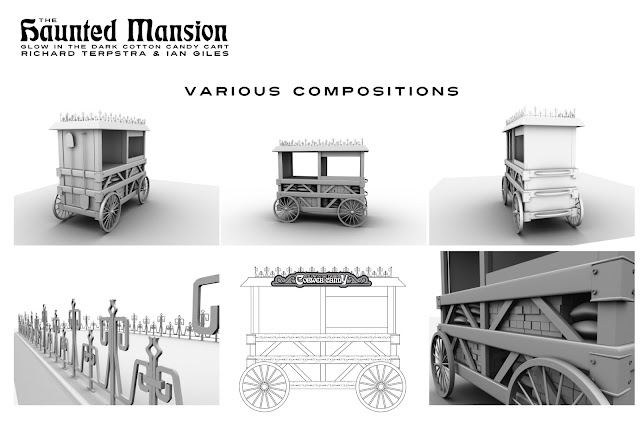 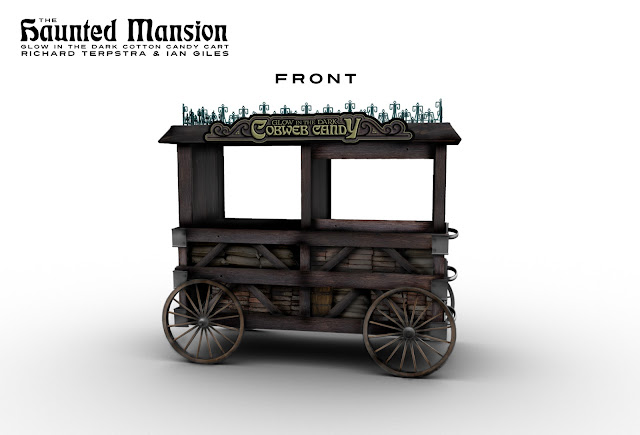 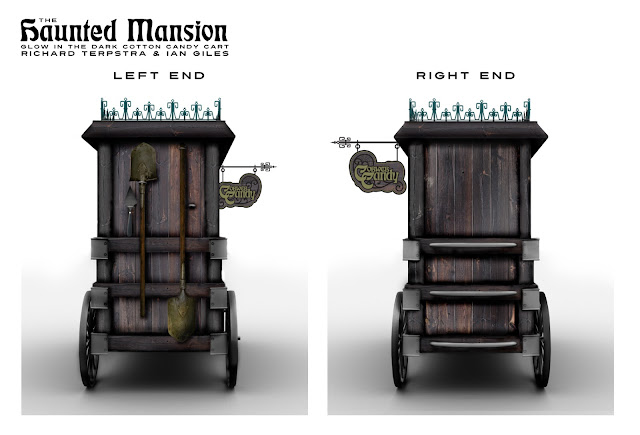 The cart would only roll out at dusk and would be located near the Mansion’s entrance.

I want to give a big thanks to Ian Giles for helping out with this concept! I couldn't blue-sky without you!!!! Well that does it for this week’s post. Tune in next week as I return to my typography case studies and other random apparel goodness. Thanks for stopping by and Happy Halloween!
Posted by Richard at 9:51 PM