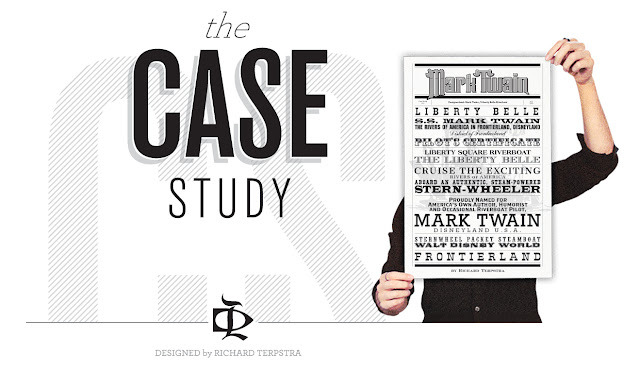 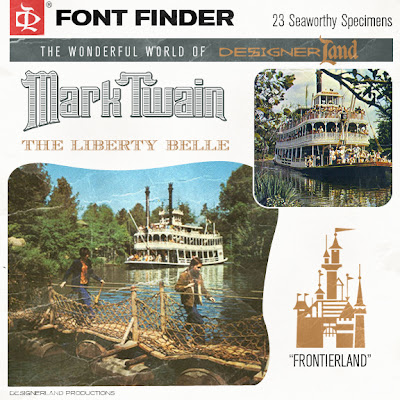 When dissecting the typography of the Disneyland and Disney World attraction, the most notable distinction is the location. The Mark Twain is set in Frontierland, whereas The Liberty Belle is located in Liberty Square. These locations greatly impacted what typefaces were used to brand the attraction. The Mark Twain Riverboat uses several classifications of fonts, most of which reflect the early 19th century. Within the main 1800's theme we can start to pick out a few other classifications: Western, Latin, Tuscan, Slab Serif and Geometric.

The font palette for The Liberty Belle is less ornate and incorporates more classical serif fonts that characterize the mid 20th century. While these fonts are associated with historical time periods, they're actually not historically accurate. Colonial typography would have been more distressed in nature due to the printing capabilities of the period. It was also more common to see hand-written pen and ink scripts along with other hand-tooled lettering. Most of the fonts used for the Liberty Belle and surrounding areas are from the late 50's to the early 80's, and were designed by various type foundries to represent the ideology of early classical Americana - not the reality. 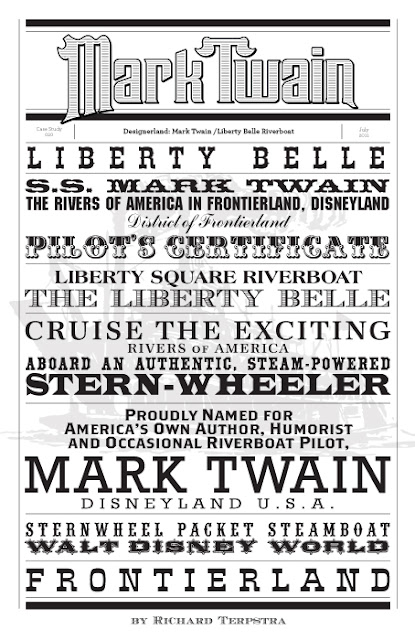 Well that does it for this week's attraction typography case study. Tune in on Monday for a new Retro '71 shirt, where I'll release the second in the series of the faux companies created to acquire the land for the Walt Disney World Resort. Thanks for stopping by and see ya soon!
Posted by Richard at 1:24 AM