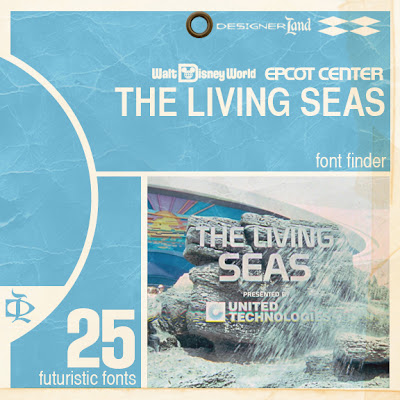 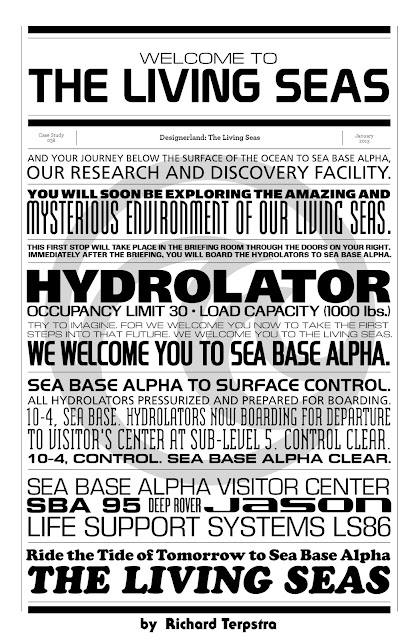 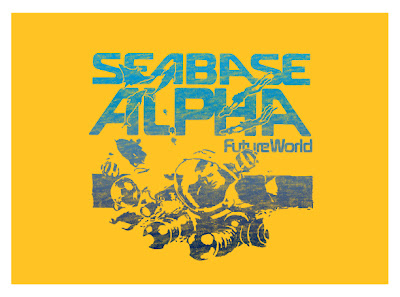 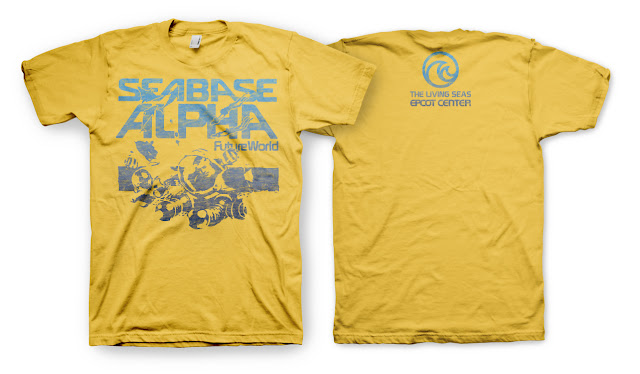 Welcome back to a new year here at Designerland. I hope all of you had an amazing holiday season and are ready for what 2013 has in store for all of us!

As you all know, this year we will focus on the typography used throughout Epcot Center, starting in Future World then making our way around the World Showcase. I've spent the last few weeks hunting for display fonts and various typefaces. So far in my research, I have noticed two things: 1. Disney fans just don't take as many pictures of signage/environmental graphics in Epcot as they do in the Magic Kingdom and 2. The typography in general is lighter in terms of usage when looking at Future World.

If you have photos of any Epcot signage or if you're out and about with your smart phone handy, do me a kindness and start snapping away photos to share!  Living in Indiana really limits my access to the parks in order to conduct my research. Before I even started Designerland, I had spent about two years hunting down and cataloguing the materials I’ve covered thus far in our typography case studies.

Next week I'll look at the fonts used throughout the (pre-Nemo) Living Seas. I've tracked down a few fonts but could always use more.

Now onto this week’s post. Since we're celebrating the kick off of Epcot typography here at Designerland, I thought it be fitting to release a new Retro '71 shirt concept based on Epcot...one from the Designerland vaults as they say. 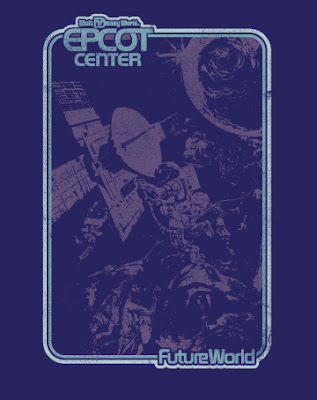 This week’s concept is based on the mural painted by Claudio Mazzoli at the entrance of Spaceship Earth. The entire mural design is framed in a rounded-corner rectangle with the Epcot Center and Future World typeset logos. Lastly, some light distressing gives the overall design a not-so-perfect printed look. 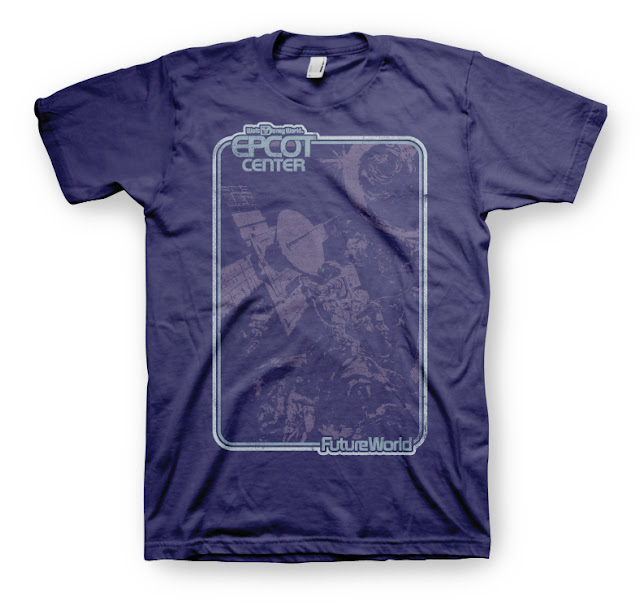 Well that does it for this week’s post. Tune in next week as we release our first Epcot Center Typography Case Study. Until then, have a great week and see ya real soon.

Give up??? Find out the answer over at Disneydesignerland's Kuler page found here.
Check back for more random updates to Wonderful World of Kuler.