So in my down time I've been toying around with the concept of vintage posters that play upon construction and the final product. These are just roughs but I really enjoy where they're going. I plan on flushing out the series and have a few others already done but plan on saving them for another post. 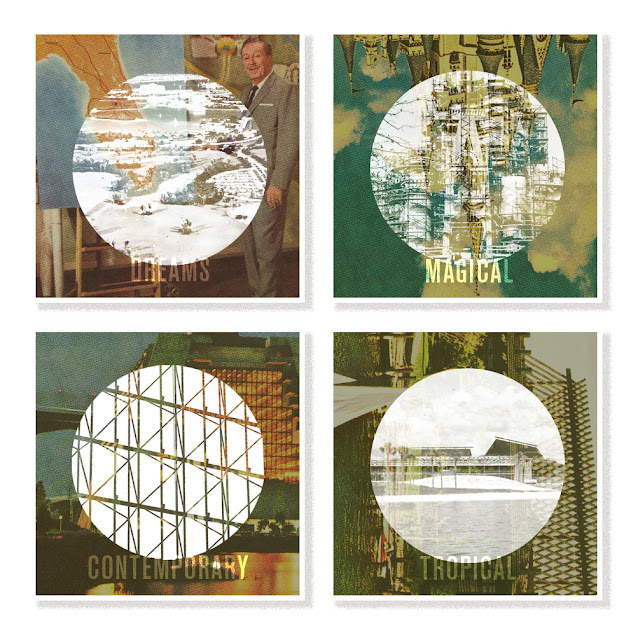 In the meantime does anyone have any pictures of Walt Disney World's Pirates of the Caribbean being built/construction photos???? There are tons for Disneyland but none for the Walt Disney World Resort. I've searched everywhere on the net and in most of my theme park books but alas nothing. It's like those sneaky Imagineers just beamed over the attraction. If you know or have any photos you wouldn't mind lending to the project I would be grateful.
Posted by Richard at 6:09 PM