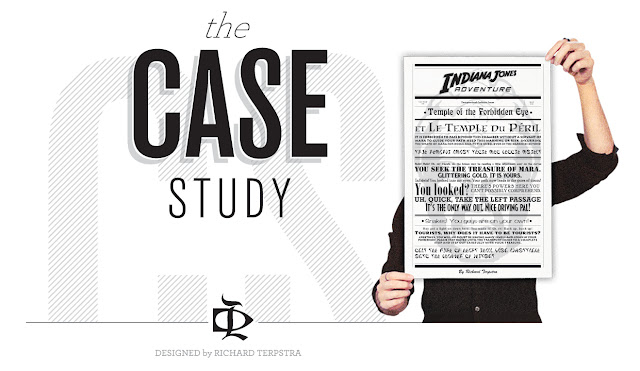 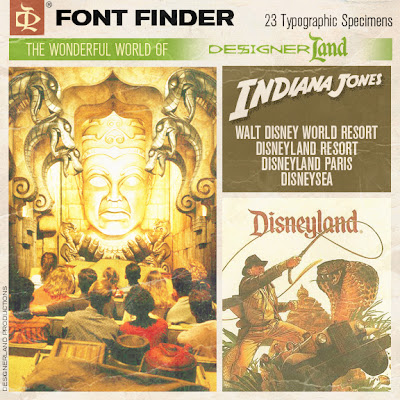 What makes this one attraction even more exciting for typeractive people like myself is that designers at WDI created their own typeface for this attraction . . . well, more of a hieroglyphic. Hieroglyphics were one of the earliest forms of character (letter) writing, even though they're more closely related to pictograms and ideograms. When the attraction first opened, Imagineers provided clue cards that assigned the various characters of this ancient language to letters that closely matched our alphabet so that guests could decipher the messages. This was a simple but amazing feature to this attraction—I only wish the line didn't run so long so that I could one day explore the temple and decode the messages for myself.
The other Indy-based shows and attractions include more of the standard Indiana Jones fonts with some subtle changes here and there. Not enough typography to build and design an entire case study around, so you will see some of the typefaces from other locales within this week’s poster. I hope that one day I can visit the other Disney Theme Parks so that I can continue my research, but for now, photos on the web will have to do. 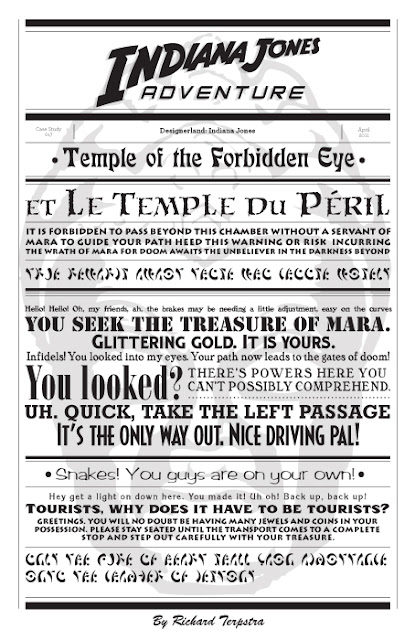 Growing up with Indiana Jones films, I can only hope that Disney and Lucas will continue to plus this property and bring more amazing attractions and offerings to the theme parks, along with some more amazing thematic typography. Well that does it for this week’s case study. Tune in on Monday for another Retro 71 concept and as always, thanks for stopping by.