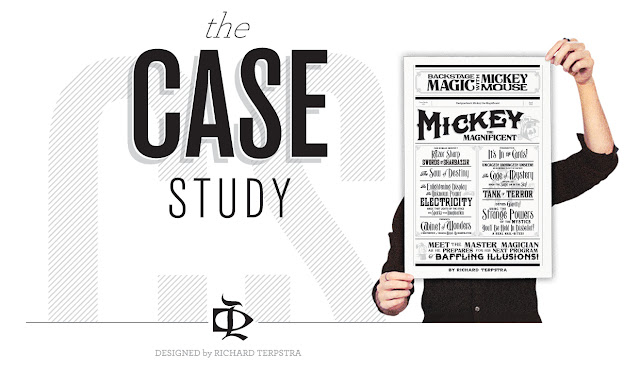 In this week’s case study we'll be looking at the magical typography used throughout the new Backstage Magic with Mickey Mouse character meet and greet.
On April 1st of this year, the Main Street Exposition Hall changed its name to the newly renovated Town Square Theater. The Theater now includes two elaborate character meet and greets: one for the Disney Princesses and one for the main mouse. The new character meet and greets are the first to utilize Disney's FASTPASS ticketing system, which now guarantees guests an audience with the beloved mouse.
Imagineers designed this new experience to resemble a turn-of-the-century magic show, where Mickey is the main magician and the guests get to venture backstage to interact with him before his next act of people-pleasing prestidigitation. 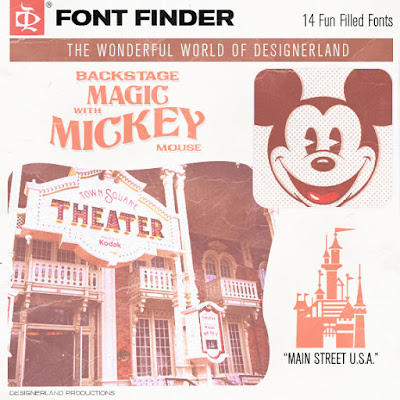 While in line, guests are treated to humorous and clever advertising bills for Mickey the Magnificent. The posters depict Mickey and some of his noteworthy feats of illusion. Using cutting edge technology mixed with some good old fashioned mathematical magic, a few posters actually interact with guests as they wait.
These posters set the stage for some amazing type specimens. The designers of the various posters and signage really streamlined the font palette. Most of the typography comes from one particular type foundry, which is noted for producing turn-of-the-century, elaborate display fonts. Some of the classifications of fonts seen throughout the new meet and greet area are: Western, Victorian, Script, Late 1800's, Early 1900's, and Decorative. Main Street U.S.A. has a great many fonts used from this foundry, and if one were to ask me where to find Disney Park fonts with that Main Street feeling, I would recommend this one foundry right off the bat. What is this foundry you ask? Well . . . a true type magician never reveals his secrets. 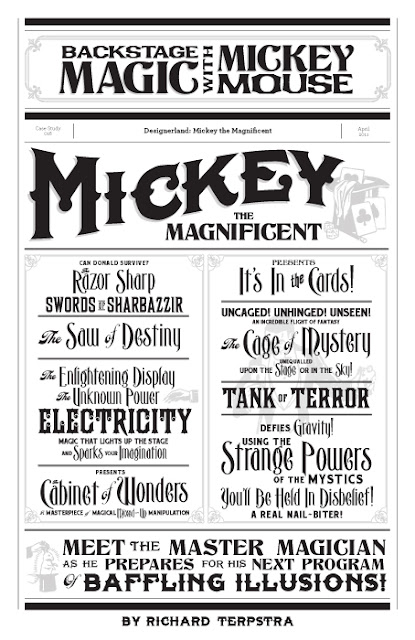 I think that does it for this week’s typography case study. Tune in Monday for another Retro 71 concept and for those of you who have enjoyed the Haunted Mansion Soundboard app, I pleased to inform you that I have created 2 new soundboard apps and have a 4th one in the works, so tune in for these real soon! Thanks for stopping by and have a great weekend.
Posted by Richard at 11:17 PM