The Hall of Presidents 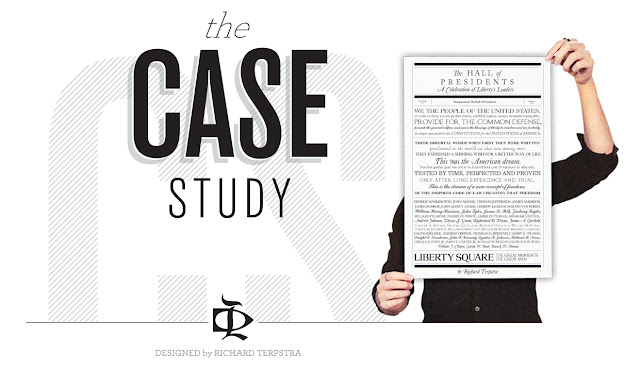 The Hall of Presidents is a multi-media audio animatronic spectacular that has been entertaining guests since the Walt Disney World Resort opened its gates back in 1971. The show itself was derived from Disneyland's Great Moments with Mr. Lincoln.  Located in Liberty Square within the Magic Kingdom and resembling Independence Hall in Philadelphia, guests witness all 43 presidents together on one stage in a show that reflects the red, white and blue in all its patriotic glory. 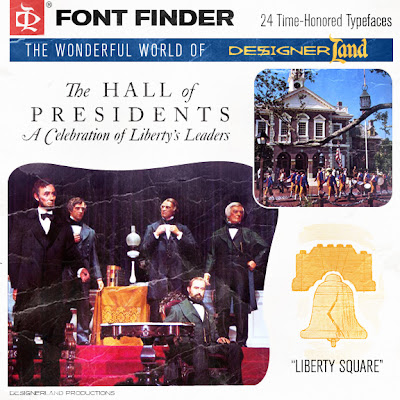 When looking at the typography Disney designers used throughout the attraction on everything from signage and posters to even merchandise, one thing is constant: most all of the typefaces used are known as Classic or Historical typefaces. These fonts have a significance not only in the world of design, but also in the time period in which they were created. One noted typeface used throughout the area is Caslon. If you'd like to know more about William Caslon (the typographer who designed this classic typeface) then click here.  Other noted classifications used for The Hall of Presidents are Serif, Script, Formal, Classic and Historic. 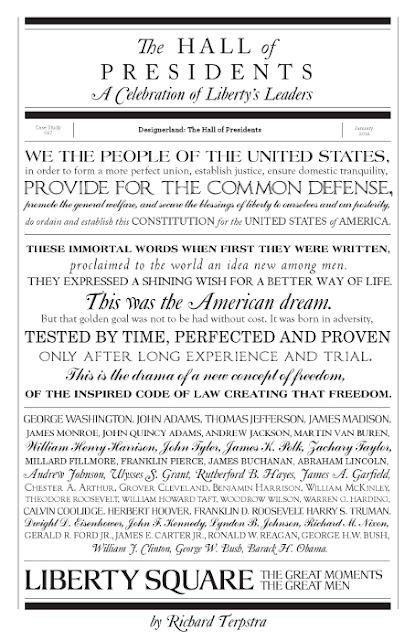 Well that does it for this week's case study. Be sure to check back next Monday for our next Retro '71 World Showcase shirt. Thanks for stopping by and have a swell week.
Posted by Richard at 9:36 PM