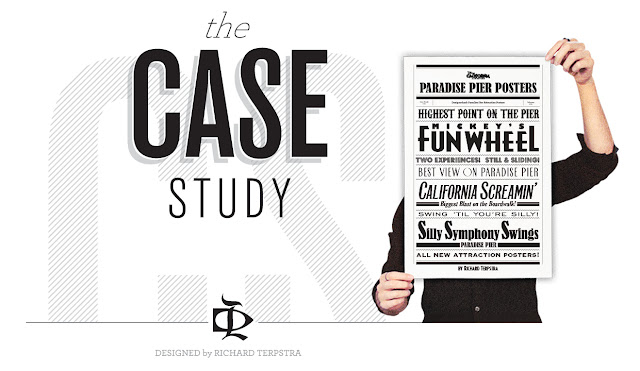 This week, I'm stepping away from the Magic Kingdom to look at some new Disney typography from the all new Disney California Adventure attraction posters.
A few versions are floating around out there, so we can only speculate on which posters will make the final cut. The first set of three were released for public viewing on the official Disney Parks blog, but these have clearly undergone a few edits, which are evident in the newer three over at the Blue Sky Cellar. Most of the edits are typography-based, and we designers can breathe a collective sigh of relief that they have axed copperplate.

The typefaces used in the designs are true to the time period of Paradise Pier with a few creative liberties taken here and there. Type within these new posters range in classification from Gothic and Art Deco to Carnival/Tuscan and 1920/30s. 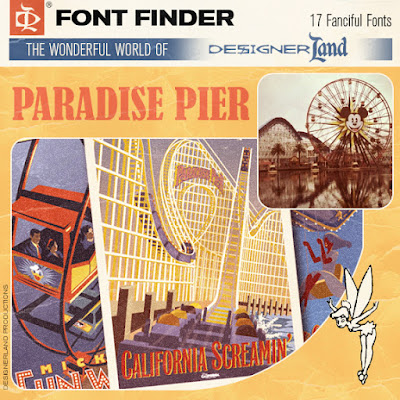 It took me four days to track down the fonts used on the new posters—some of the fonts were rather tricky to locate. I had almost thrown in the towel on one of the fonts until Sunday evening. I was on my way to dinner when I passed a well-known chain restaurant and noticed they had used that same font in their signage. With a bit of light searching, I finally found that one elusive font.

Stylistically, the posters are great. I really appreciate Disney ushering back the classic attraction poster. Speaking of which, there's rumor of a new Disney publication, set to release this spring, which focuses on attraction posters from the parks. I have yet to see anything on Amazon about said book, but I know one guy who will be buying three copies when it finally is released! 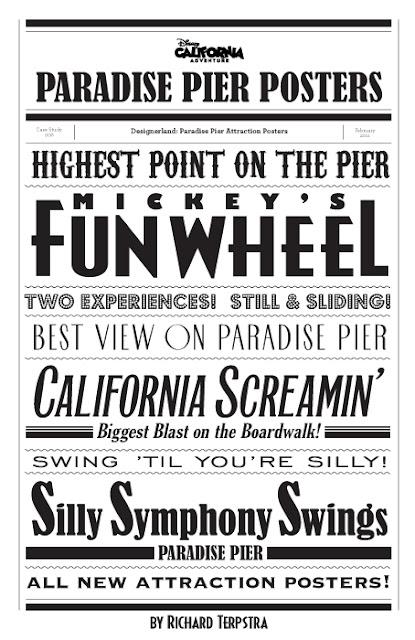 Be sure to tune in Monday for a very special, non-t-shirt Retro 71 concept. Thanks for stopping by and have a good weekend!
Posted by Richard at 11:12 PM