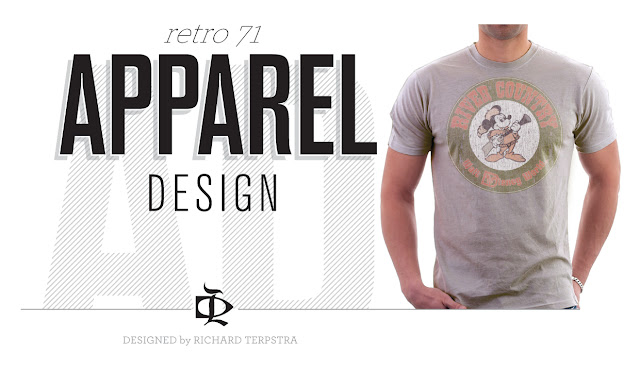 Today's bonus post is yet another concept for retro 71 – River Country. The long gone, but not forgotten, "old fashion swimmin' hole." With the news of a new resort being positioned on the shore of Bay Lake near Discovery Island, the first water park of Walt Disney World will soon be no more. Actually, we all know River Country has been no more since September 1, 2001, when it ceased operations. Those of us who grew up with River Country were a little saddened when Disney announced in 2005 that it would remain permanently closed.

Evolution, my dear friends. River Country did, after all, usher in Typhoon Lagoon and Blizzard Beach. With these two new mega, world record setting water parks there was no way the simple yet quaint River Country would have stayed in operation. Why drive a pinto when you can drive a mustang?

Maybe all hope is not lost? I would like to believe WDI would/will somehow revive River Country or pay subtle tribute to it. Not as a park extension, but perhaps as a re-themed pool area for the new resort. We shall see. I'm not even sure if Disney has started clearing ground yet. If not, I wish Disney would hire Teddy Smith to come and create another stunning short video like he did for the abandoned Six Flags in New Orleans. His video tribute to the amusement park was hauntingly beautiful and simply stunning. If you haven't seen it jump over to Youtube and check it out. Also, some gorilla expeditioners swam out to River Country a few months back and snapped some amazing shots of the swimmin' hole. The photos pulled on my heartstrings. 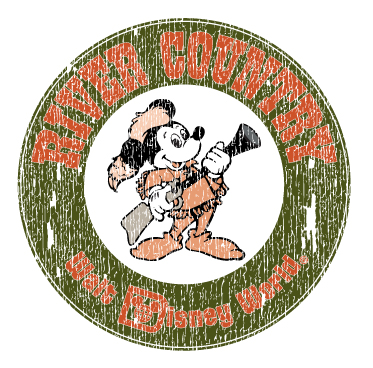 However simple the design maybe for today's posting I'm actually rather proud of it. Completely recreated by hand, not to shabby, eh?!?! I always find it hard to recreate Mickey Mouse or any of the other Disney characters in illustrator. Not because I don't know how but simply because no matter how much fine tuning the design gets it never feels good enough. I believe it's because I hold Disney animation in such high regards.

Soon River Country will cease to exist and all I will have left are a few photos from my childhood and my memories. Memories of looking out onto Bay Lake – the skiers, parasailers and speed boats, the ferry ushering to and fro; a bustle of activity and excitement. Feeling the warm Floridian sun beating down on me with the gentle breeze blowing across the lake, waves will continue to crash gently on the shore and seagulls make their calls. In the far off distance, on past the Contemporary Resort, I can still see the spires of Space Mountain beckoning adventures yet to come later that night. 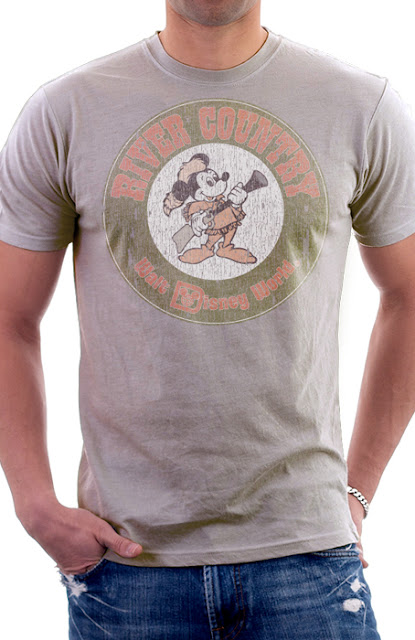