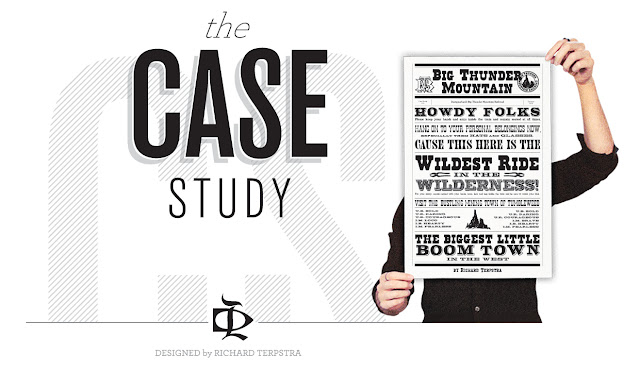 In this week’s case study, we look at one of the wildest rides in the wilderness, Big Thunder Mountain.

A Disney park wouldn’t be a Disney park without Big Thunder Mountain. Big Thunder was designed by an Imagineer I truly admire, Tony Baxter. I've had the pleasure of meeting him twice and have even dined with him on one occasion. It was a dream come true to spend a good hour plus with someone I felt I could truly relate to. After dinner, as we parted ways, he said he looked forward to hopefully working with me one day. I almost died. It's still one of my dreams to work under him, like a humble apprentice shadowing a great sorcerer.

What's great about Big Thunder Mountain in type take is the use of some amazing fonts and typefaces, which happen to be some of my all-time favorites. The typography used in this land pays homage to a time when the bold was big and the wide was wild! Throughout this land, you can find variations of such classic type specimens as Slab Serif, Antique, Clarendon, Latin/Antique Tuscan, Tuscan and Egyptian typefaces.  These fonts were all popular during the 1800’s when gold was discovered in Southwest America, turning Big Thunder Mountain and the small community of Tumbleweed into a thriving mining town. These typefaces are known for their distinct weight and serif treatments. 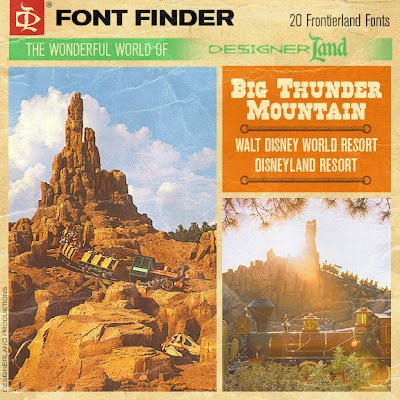 In typography, a slab serif is a kind of serif typeface characterized by thick, block-like serifs. Serif terminals may be either blunt or angular. Because of their bold appearance, they are most commonly used in large headlines and advertisements and are seldom used in body text.

You’ve probably seen these types of fonts used in other places around the parks. Adventureland has a few scattered here and there, mainly within the Jungle Cruise queue. Using these same styles of typefaces for a tour down the Nile River was actually quite accurate, because slabs aren't just for the Wild West. Slab serifs, which are also known as Egyptian/Egyptienne, were so named not because they look like something inscribed in the halls of the great Egyptian pyramids—they where called so because when King Tutankhamun was discovered, the newspapers, handbills, and posters of the day used these big, bold typefaces to draw reader attention to Howard Carter’s discovery. Slab serifs also have their place in the steampunk genre as they evoke an Industrial Revolution-era feel. With that said, you could probably think of a few other lands where this classification of type would fit nicely. 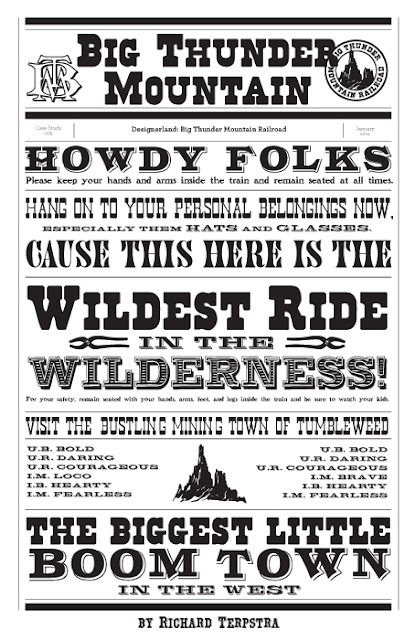 Well that's it for this week. Tune in next week for more adventures in terrific type and thanks for stopping by!
Posted by Richard at 11:27 PM